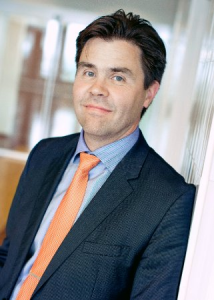 ​Brussels, 10 January 2020: FORATOM is pleased to announce that Esa Hyvärinen has been appointed by the association’s General Assembly as FORATOM President for a two-year period starting on 1 January 2020.

“I feel deeply honoured to be appointed as the new president of FORATOM and I look forward to the next two years working with the General Assembly, Executive Board, FORATOM Members and the Secretariat as well as all external stakeholders involved in the European decision-making process” – states Mr. Hyvärinen. “Even though the European Commission and the European Parliament have recently recognised nuclear energy as an important element of Europe’s decarbonised future, the European nuclear industry will face many challenges in the upcoming months and years in order to maintain and improve its current role in the energy mix. That is why we will do our best to convince decision makers that low-carbon, cost-effective and reliable nuclear energy can help the EU achieve its climate and energy objectives”.

Mr. Hyvärinen is currently Head of the CEO Office at Fortum Corporation. In the past, he was Senior Vice President for Public Affairs at Fortum, Head of Recycling and Environmental units at the Confederation of European paper industries in Brussels, and Senior Advisor at the Finnish Ministry of Trade and Industry. He has been member of the FORATOM Executive Board since 2016.

Esa Hyvärinen replaces Dr Teodor Chirica, Senior Adviser to the CEO of NuclearElectrica, who has reached the end of his mandate as FORATOM President.

About us: The European Atomic Forum (FORATOM) is the Brussels-based trade association for the nuclear energy industry in Europe. The membership of FORATOM is made up of 15 national nuclear associations and through these associations FORATOM represents nearly 3,000 European companies working in the industry and supporting around 1,100,000 jobs.