Will the European Union take its last chance to respect the spirit of the Euratom Treaty?

Energy has been at the heart of the European Union’s endeavour to jointly rebuild the economy after the disasters of the second world war. Europe’s founders understood that energy is indeed the blood of the economy. Nuclear energy was perceived as a central to this reconstruction, leading to the adoption of Euratom Treaty, of which not one single coma has been changed since its origin in 1957. It is therefore still fully in force and all Member States have to respect this Treaty. 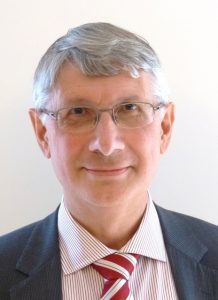 Over the last two decades, particularly in recent years, the EU’s energy policy has been mainly overshadowed by environmental policy or, even worse, “green” policy. For sure, everybody can agree with the need to reduce the carbon footprint of energy drastically and quickly. This urgency has been highlighted in very direct terms by the last IPCC report. But the EU has been going beyond a purely decarbonisation emergency by pushing, in parallel, its own version of binding “green” targets, while discarding the important role that nuclear energy plays in achieving the goal of a carbon neutral economy in 2050. This “green” takeover can be illustrated by the shift in words from the “Clean Planet for All” (2015) to the “Green Deal” (2019). And it is further perfectly demonstrated by the saga of the “Taxonomy for Sustainable Finance”, where nuclear (which has been clearly recognised as sustainable by scientific experts), originally on the verge of being excluded, was finally put on equal footing with gas by the European Commission, as an energy which will help in the transition towards the myth of 100% renewables.

This influence of so-called “green” environment policy on energy policy is potentially a risk for the cohesion of the EU. Indeed, while environmental policy can be considered as an EU policy, energy policy is still very much dealt with at national level by the Member States. This is clear in the article 194 of the TFEU where, besides the need for solidarity, the full right of the Member States to choose their own energy mix is enshrined. Given the very divergent views of the Members States when it comes to nuclear energy, such “green” policy can be destructive for the EU if not handled with care and by respecting the individual choices of each Member State. This is something which urgently needs to be taken into account.

At the heart of the problem is the flawed definition of sustainability used by the EU when looking at energy. At the moment, sustainable means “green”; green is de facto sustainable, and to be sustainable one must be green. This is by far too limited. To be sustainable, energy policy must indeed be respectful of the environment, but must also ensure economic sustainability and, from a societal perspective, ensure security of supply. In other words, the energy mix must be clean, affordable and reliable in order to contribute to social sustainability, a much wider concept than the “just” environmental sustainability. “Green” alone is not sustainable. The 100% renewable target, beyond being a myth, is also not sustainable as it will not ensure security of supply and is not economic when taking account the system costs associated with intermittency, as shown in studies by the OECD and the MIT.

This concept of social sustainability is the leitmotiv of weCARE, an Alliance of European NGOs caring for Clean Affordable Reliable Energy (CARE) and the sustainability of our society. weCARE has written to the European Commission on several occasions, since the early stages of the discussions around the Taxonomy, encouraging them to use this wider definition of sustainability. Unsurprisingly, this was not taken on board. Their green dogma persists.

But they are now facing a wake-up call! The current crisis in terms of energy supplies and prices, resulting from the war in Ukraine, is forcing the EU to get its acts together – it also offers the EU an opportunity to rethink its energy policy. The Energiewende is no longer a valid model. Indeed, the Energiewende, based on the nuclear phase out and a dash for renewables, is a total failure when compared to the right definition of sustainability. Costing 500 billion euros in renewable subsidies over 20 years, it is not economic. Given that it did not result in a decarbonisation of the electricity sector, given ongoing dependence on CO2 emitting coal and gas, it is not clean. And finally, as the North Stream(s) story shows, it does not ensure security of supply.

REPowerEU could have been the moment for the European Commission to show its commitment as the guardian of the Treaties, including the Euratom Treaty by fostering the role of nuclear energy. But nuclear is not mentioned in the REPowerEU communication. One can argue that the EU’s priority is managing the crisis in the short-term in order to solve the immediate oil and gas supply and price problem. But why not then promote the long-term operation of nuclear plants, as long as this is agreed by the independent national safety authorities?

The Commission should urgently complement REPowerEU, in line with the promotional obligations of the Euratom Treaty, by:

All of the points listed above should also be covered in the next Nuclear Illustrative Programme (PINC), due to be published within the next six months.

In addition, it a deep reform of the electricity system needs to be initiated. The market, which has evolved piece by piece over the years, solving one problem after another adding layer upon layer, has not delivered on its promises, as the current energy price crisis we face today clearly demonstrates. In particular, it does not send the right signals for capital intensive investments, which will be massive over the next two decades. This reform will be a tough and long endeavor, but it has to start now and its unique objective must be to deliver clean, affordable and reliable electricity to consumers, households and industry at an affordable price, which the current market has destroyed. Electricity is not a commodity but rather a common good and it must be handled responsibly by the political authorities looking to do their best for citizens.

Europe’s citizens are expecting the EU to do its duty! If the EU does not show its ability to tackle the problem, it might well lead to divergent national approaches being implemented, and this would not be good for the EU.