The first of many battles to come 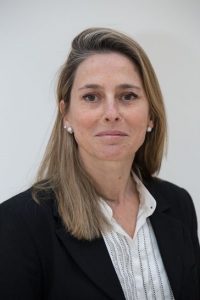 The EU taxonomy began development in 2017 and is the first true taxonomy to get underway, but it may not be the first to be finalised and, despite EU efforts to make it the international standard, it may not end up being the most impactful on global future energy prospects. Green taxonomies are now being introduced by several countries. This January Russia began the development of a national taxonomy, issuing a report in April indicating that nuclear energy would be included. The UK also began development of its green taxonomy in June, indicating that it will specifically examine the nuclear question. A few weeks later the UK separately and pre-emptively decided to exclude nuclear energy from the list of activities that can benefit from the issuance of green government bonds and gilts.

The issuance of these green government bonds and gilts is a related development which also often involves countries taking a decision – evidence backed or otherwise – on the sustainability of nuclear energy. Notable developments include the People’s Bank of China, which presented a first draft of its Green Bond Endorsed Project Catalogue in 2015. In Japan, the Ministry of the Environment launched the country’s green bond guidelines in 2017. France created the GreenFin label for retail investment funds in 2015 and launched its first green sovereign bond offering in 2017.  Oddly, nuclear energy is excluded from the French scheme. The list of such national initiatives is growing.

Green financing initiatives are not only being pursued by governments. There are several efforts underway by international financial bodies to coordinate the development of global standards for green and climate finance. One such effort is the establishment of the Network of Central Banks and Supervisors for Greening the Financial System (NGFS), which aims to enhance the ability of the international financial system to manage risks and mobilise capital. Another initiative is being led by the International Financial Reporting Standards (IFRS) Foundation which, with the support of the International Organisation of Securities Commissions (IOSCO), intends to develop a common set of global standards to improve the consistency, comparability, and reliability of corporate sustainability reporting. And as recently as 7 July, the Financial Stability Board (FSB) released a roadmap for the development and adoption of global standards on climate risks which it has indicated will eventually be extended to cover sustainable financing and ESG requirements.

Being excluded from these initiatives, and especially the taxonomies, does not just mean losing access to ethical investors looking to make sustainable choices, it may also create reputational risks that will make it harder to attract any kind of investment. It may also make it more difficult for the nuclear industry to win the support of key project stakeholders, creating additional risk for what is already perceived by many to be a controversial technology. Any exclusion of nuclear will be used by some to try and prevent the nuclear sector from benefiting from key climate funds and stimulus packages. Indeed, we have already seen efforts to apply the EU Taxonomy to this purpose.

These impacts could start small but as more funds are dedicated to this end, and as more financial institutions become constrained by ESG and CSR requirements they will grow, quite possibly very rapidly. The direction of travel is now clear. The global financial system is undergoing its own transition, and while for now it may be acceptable for investors to invest in ‘non-sustainable’ activities this is set to change in the coming decades.

At this stage there is no international consensus on the question of the sustainability of nuclear energy. World Nuclear Association is committed to engaging in these global initiatives and coordinating the efforts of the global nuclear community in order to ensure that nuclear energy is recognized as sustainable and rightly included. It is crucial that all low-carbon technologies are fully mobilized with appropriate financing, if the world is to decarbonise and successfully implement a sustainable and affordable energy transition.