Sweden gets approval for a final repository for spent nuclear fuel 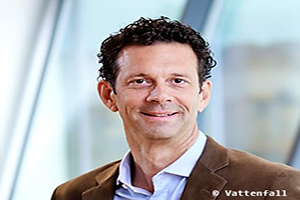 At a cabinet meeting last week, the Swedish government approved SKB’s license application for a final repository for spent nuclear fuel. The repository is to be constructed about 500 meters below the ground, close to the Forsmark nuclear power plant. SKB is owned by the Swedish nuclear industry and has spent four to five decades developing a safe method to store spent fuel. Many alternative methods and sites were evaluated before the option for a deep geological repository with multiple barriers and passive safety functions at Forsmark was chosen. The application filed in 2011 describes in detail the so-called KBS-3 method and its safety case, where the fuel is encapsulated in copper and placed in bentonite in a particularly stable and dry rock formation.

In the 1970’s and 1980’s, the Swedish government passed legislation which required operators of nuclear power stations to set aside funding and develop safe methods for storage of nuclear waste as a pre-requisite to run their plants. That is one of the reasons why Sweden is a global forerunner in the back end of our industry. Only Finland lies ahead of us with a final repository already under construction. In fact, the Finnish nuclear industry chose SKB’s method and managed to get it licensed in Finland ahead of us, thus taking the lead in the long “race” towards a final repository in operation. But rather than a competition, the Swedish-Finnish relationship in this industry is a partnership. A substantial part of the R&D has been jointly financed and performed by SKB and its Finnish sister company Posiva. We have sent experts to each other’s organizations, thus learning from each other and, as a bonus, reducing costs.

On a personal note, having been Managing Director of SKB for five years in a previous job, I am of course delighted that decades of hard work and successful R&D performed by my former colleagues has borne fruit. As the world now follows their progress in the back end, the nuclear industry in Sweden continues to operate six commercial reactors commissioned in the 1980’s and is also looking forward to what might replace them in the future.

There are early-stage initiatives to develop and test lead-cooled reactors, and some market interest to study and support the development of SMRs. As in several other countries, I would say that among politicians, authorities, and industrial players, more believe in a future nuclear new-build program in Sweden today than five years ago. Then, decisions to shut down four reactors had recently been made, and power prices were low. Today, thanks to the electrification of the steel, petrochemical and transport industries, the expected demand for fossil-free power is at new highs and many players believe that part of it will be met with nuclear. Added to that, grid stability benefits from large, rotating generators so the case for nuclear is strengthening.

And what does the general public think? In a Novus poll published last year, 57% of the respondents believed that nuclear can be a way to reach the climate goals and 46% responded that they want Sweden to keep using the present reactors and build new ones if needed. Only 14% want to shut down nuclear through political decisions. It is fair to say that Swedes are relatively positive to nuclear power and no matter what happens, these are exciting times for our industry.