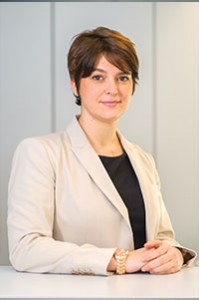 Before the summer break, during the presentation of the in-depth review of EU energy policies, the International Energy Agency (IEA) highlighted the importance of nuclear energy to Europe’s energy mix. IEA Executive Director Dr Fatih Birol stated that “Europe does not have the luxury to exclude certain low-carbon technologies. It is not to boost egos by leaving certain low carbon technologies out. The IEA’s view is that it should include all, including nuclear”. And they are quite right, we do not have the luxury of excluding technologies that will help Europe achieve the targets it has imposed upon itself. Likewise, very recently, on 26 October, in an exchange between the IEA, and the European Commission, Fatih Birol once again stated that nuclear is a zero emissions technology and that the Agency wishes to take advantage of all clean energies.

This point is being made over and over again: nuclear plays an important role in Europe’s energy mix today. Apart from being the largest source of electricity generated (26%), nuclear energy accounts for almost 50% of the EU’s low-carbon electricity. It enables security of energy supplies, which is essential to Europe’s independence from external imports, while maintaining the competitiveness of the European industry at large as it provides stable and affordable electricity all year long.

This being said, and independently from what Europe does (or does not do) to keep nuclear in the mix, it is absolutely necessary to underline the fact that nuclear power plant operators are heavily taxed throughout the full fuel cycle, be it at national, regional or even local level. The level of taxes (even on a redundancy mode) renders the operation of nuclear power plants extremely difficult from a purely economic point of view. Indeed, given ongoing efforts to achieve a more environmentally sustainable energy mix which counts on the contribution of nuclear (and many Member States’ National Energy and Climate Plans, NECPs, published in late 2019 include the nuclear component) the implementation of disproportionate taxation on “certain” low-carbon technologies (read here “nuclear”…) is an issue of concern that should be addressed by all as soon as possible.

Based on a study on energy costs, taxes, subsidies, and investments commissioned by the European Commission and published on 14 October, (https://ec.europa.eu/energy/studies_main/final_studies/study-energy-costs-taxes-and-impact-government-interventions-investments_en) electricity accounted for 30% of tax revenues in 2018, which is an increase of 15 percentage points from 2008.

So, what will be the economic viability of those plants if there is no rethinking of the taxation system? Shouldn’t low-carbon energy sources be rewarded for what they provide to the system instead of being penalized?

FORATOM strongly recommends reviewing nuclear taxation policies at national level in order to be coherent and consistent with the overall EU objective (which is that of its Member States!) of reaching a zero-carbon economy by 2050.