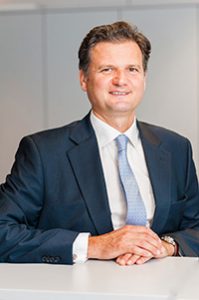 Brussels is back in full swing after the summer break, with many files being picked up where they laid off. I am hoping that as we gradually head towards the end of the year we will increasingly be able to meet in person once again.

FORATOM has many things coming up over the next four months. One week from now we will be organising a meeting with the #NuclearEuropeLeaders, which will focus on the key priorities on the industries’ agenda.

As many of you are aware, the Commission launched its Fit for 55 Package just before heading off on holiday. This package contains a very broad range of legislative proposals, the ultimate goal of which is to ensure that the legislative framework is in-line with the EU’s objective of reducing its CO2 by at least 55% in 2030. From our perspective, the proposal does contain some positive features. It is clear that if Europe is to stand any chance of decarbonising its economy by 2050, then achieving these 2030 interim targets will be key. Furthermore, sectors need to be encouraged to switch to low-carbon alternatives and we believe that a higher CO2 price will help trigger this.

At the same time, FORATOM is obviously disappointed to see that there is no reference to nuclear at all in the communication or in any of the proposals. We strongly believe that nuclear will be a key player in the EU’s decarbonisation strategy, as it ticks many of the boxes:

Nuclear is a low-carbon source of energy. As a result, it enables a decarbonised electricity grid, which will become increasingly important in the drive for electrification. In addition, nuclear can support decarbonised heat and hydrogen production which can be used as an energy source for hard-to-decarbonise sectors.

The latest IEA and OECD NEA report entitled ‘Projected Costs of Generating Electricity 2020’ confirms that the long-term operation of nuclear power plants remains the cheapest source of electricity. New build projects are also very competitive. Furthermore, because it is available 24/7, it has the potential to provide affordable low-carbon hydrogen as running an electrolyser for longer periods reduces the costs. Finally, because nuclear is much less vulnerable to price fluctuations, a key point at a time when energy prices are escalating.

Nuclear power plants have a high-capacity factor, which means that they are available virtually 24/7. Given that nuclear provides both dispatchable and flexible electricity, its role will become even more important as the share of variable renewables increase – it is an already existing technology capable of filling the gap when the wind does not blow and the sun is not shining. Therefore, it ensures that users have access to the energy they need when they need it and, as a European source, reduces dependence on energy imports.

As mentioned above, nuclear is an affordable source of energy, which is important for two reasons: firstly, lower electricity prices reduce the risk of energy poverty. Secondly, nuclear can provide industries with affordable low-carbon energy encouraging them to remain in Europe and ensuring jobs and economic growth in Europe. It should not be forgotten that nuclear is an industry in itself, with a strong European supply chain which supports more than one million jobs in the EU.

​​​​​​​There are also many other topics which we will need to cover in the next few months, including developments around small modular reactors and hydrogen produced from nuclear. You will of course not be surprised to hear that the sustainable finance taxonomy also remains very high up on our list of priorities. At the time of writing, we still do not know what the Commission plans to do next. Whilst we recognise that it is under a lot of pressure from countries that do not support nuclear, the experts which it mandated to assess nuclear came back with a very clear response: nuclear is taxonomy compliant. Therefore, if the Commission is committed to a science, fact-based taxonomy that investors can trust, it needs to make the right decision and include nuclear.