No more excuses for hiding 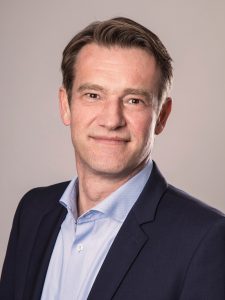 It is still uncertain when the Corona pandemic will disappear from the headlines and, above all, from our everyday lives. I would give climate change a good chance of becoming at least one of the dominant public issues once again in the “post-Corona era”. And it is one topic on which the nuclear energy industry should move away from its previously timid public communication approach.

The ambitious goals of the Paris climate agreement to limit global warming already seem to be unattainable. The self-imposed energy strategies and transitions of many industrialized countries are not succeeding. Those who want climate protection and at the same time a reliable power supply face a dilemma if nuclear energy and its low CO2 emissions are left out of these discussions. Electricity from nuclear is currently the most suitable form of energy that meets both requirements for climate protection and simultaneous security of power supply.

In Switzerland, the four existing nuclear power plants supply around one third of the annual domestic electricity production. The Swiss Energy Strategy 2050 stipulates that these plants may continue to operate as long as they are safe. However, new constructions are prohibited. It is therefore not surprising that the Swiss Federal Electricity Commission has pointed out that once the Swiss nuclear power plants are no longer in operation, the addition of five to ten TWh of domestic electricity production is essential for ensuring a sufficient supply of energy in winter. In Switzerland, new gas power plants are being considered as replacements for these NPPs, including their CO2 balance which is twenty times worse. This would be a major step backwards on the road to achieving climate goals, and a double standard which cannot be denied.

In the most promising scenarios of the Intergovernmental Panel on Climate Change (IPCC) for achieving climate targets, the use of nuclear energy by industrialized countries plays a significant role. Actually, this constellation could be a turning point for nuclear energy in Switzerland, even though that ship has actually already sailed. Slowly but surely, it seems to become clear in Switzerland, but also in Germany, that the decision to phase out nuclear energy may have been premature.

All the more reason now to show presence, self-confidence and a stable backbone in the public climate debate. Nuclear energy comes with plenty of good arguments and solutions that must be actively voiced and probably even repeated constantly. The goal should be to remove ideological bias from the discussion about climate protection and to develop technology-open approaches. Fact-based, open for dialogue, transparent and sometimes quite direct – in my opinion, these are the essential requirements for effective industry communication in this environment. The international associations of nuclear technology represent a suitable communication platform, both as a point of contact and as an enabler of technically sound and constructive public climate discussions involving nuclear energy.

And this is less an end in itself than a compulsory task for the nuclear industry in Switzerland and Europe. Because hiding is no longer an option when it comes to a big issue such as climate change.