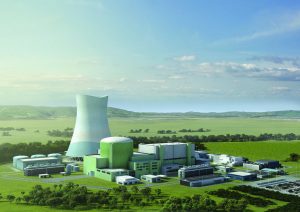 Several decades of no new major power plant construction in Slovenia has driven the country, as well as some other countries, to a situation where the gap between consumption and production of electricity has become significant. The issue has become so serious that energy and climate policy has been placed at the top of all political debates. Slovenia has already adopted some of the measures, i.e. a program for the efficient use of the energy, but it must be acknowledged that this can only reduce the growth of electricity consumption, especially when taking into consideration the closing of old capacities. The Slovenian Government will have to take responsibility for selecting the most suitable direction that will fulfil the requirements and expectations of economic competitiveness, environment and social development regarding the natural possibilities of the country. 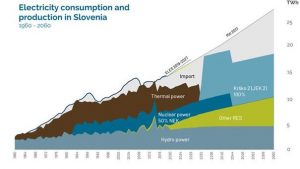 Development scenarios for the future electricity production sector in Slovenia with new nuclear power plants and renewables have several advantages over non-nuclear ones. And only these development scenarios can guarantee sustainable, low-carbon, reliable and economic supply of electricity.  Recent issues with electrical system stability associated with security of supply and high market prices provide additional project justifications.

Nuclear energy is an important driver of electricity supply in the country. As a low-carbon source, nuclear energy has the potential to make a vital contribution to a sustainable future for the country. To accomplish this goal GEN energija has initiated the NPP Krško 2 project. The first phase (pre-preparation phase with issued energy licence) is completed and for the next phase, the siting process has been initiated.

Slovenia’s infrastructure ministry has issued the Energy permit for the construction of a second unit at Krško, Slovenia’s only nuclear power station, a step that allows permitting procedures to begin. Details of the project are not yet defined, but the plan is to build a 1.1 GW unit with an estimated production of 9 TWh of electricity per year and a lifespan of 60 years. The project will be managed by the state-owned utility Gen Energija. Studies have shown that the planned new nuclear unit is a viable project in terms of technology, environment and the investment that will be needed.  There is cross-party political support for nuclear energy and it also enjoys broad public acceptance.