LTOLTE of Nuclear Power Plants – the Pillar of Climate Credibility 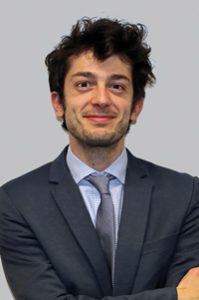 Over recent months there have been loud and intense protests over climate change all around the world. This raises the question as to whether we are going in the right direction when it comes to tackling one of the greatest challenges of our times. In the face of the irreversible consequences of climate change, nuclear power plays a key role in reducing greenhouse gas emissions at global and European level. That benefit has been recognised by many renowned experts including the IPCC and the IEA and to some extent by the European Commission which describes nuclear energy (together with renewables) as the backbone of a 2050 carbon-free Europe.

However, such statements themselves may not be enough to solve the problem. We need concrete action. In order to keep Europe’s commitments in line with the Paris Agreement, the share of nuclear energy in the EU’s energy mix must be maintained or even increased. To that end, new build projects will have to be carried out. As these projects require a considerable amount of time, we will also need long-term operation / lifetime extension projects, which are considered to be the best short and medium-term solution for maintaining nuclear energy in the mix. The long-term operation of NPPs depends strongly on whether – and under which circumstances – this procedure is approved by each Member State’s “competent authority”. Each decision depends on a variety of different factors and parameters reflecting the current and future financial conditions of operation, political and regulatory challenges, the condition of the NPP as well as the general role of nuclear in the country’s energy policy.

While discussing the future of nuclear energy in Europe, we have to be aware that it will depend on the scale of LTO. Currently, there is an ongoing debate under the Espoo Convention1, which aims to establish guidance on the applicability of the Espoo Convention to the lifetime extension of nuclear power plants, based on the terms of reference which address key topics such as the extension of existing licences or issuing new ones2.

FORATOM has been involved in this process, particularly during a workshop held in Geneva last year. The workshop gave an opportunity to express the view of the European nuclear industry and to warn stakeholders and policymakers about the possible consequences of applying the Espoo Convention to LTO/LTE. The imminent challenge could be that before undertaking an LTO/LTE procedure, each operator will have to implement a new transboundary environmental impact assessment (EIA).

For now, the ad-hoc working group is still working on these references. During its last workshop in March 2019, they did come to some positive conclusions3. It was agreed that a periodic safety review (PSR) would not necessarily trigger the implementation of the Convention. The continued operation of an NPP, following a safety review process, could only be regarded as a “proposed activity” if the respective criteria of the Convention were met, including the question of whether a “decision” is required to continue operation, taking into account the outcome of the previous safety review.

The ad-hoc working group is obliged to issue its final draft by 2020 for vote by the Meeting of Parties of the Espoo Convention. Until then, FORATOM has committed to making sure that the voice of the industry is heard. To that end, FORATOM is currently working on a position paper that will highlight that nuclear LTO/LTE is the most reliable, competitive and cost-effective way to reduce CO2 emissions.

To conclude, the extended operation of NPPs and its scale will largely depend on the scope of work that will be required for triggering this procedure. An LTO/LTE project may involve the replacement or refurbishment of components, or substantial changes to the plant, or both. Therefore, it is crucial to ensure that there are no additional constraints such as having to produce a new EIA which could increase costs and time required for LTO/LTE projects. Otherwise, it is certain that many NPPs won’t undertake such investments and, as a result, there is a significant risk that the EU will not meet its climate commitments.