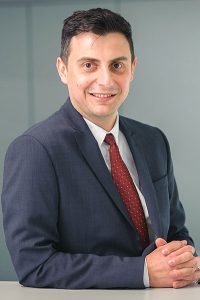 With a dedicated scenario on hydrogen in its “Clean Planet for All” long-term strategy1, the European Commission further detailed its vision for this energy carrier in the EU Hydrogen Strategy2 released last year. This strategy replaces the rather confusing colour-coding system with two simplified categories: clean and low-carbon hydrogen. While the first category is dedicated to renewables, the second one refers to “fossil-based hydrogen with carbon capture and electricity-based hydrogen”. But how achievable are the proposed plans and targets?

Originally envisaged as a solution to variable renewable curtailment, CO2-free hydrogen production should definitely play a greater role as a decarbonised replacement of existing hydrogen. With over 90% of hydrogen currently produced from fossil fuels, the refining and ammonia industries need to benefit from this transition. CO2-free hydrogen can then also support other sectors such as transport or industry (i.e. chemical, steel manufacturing and so on). The European Commission’s plans are very ambitious as it wants to produce 10 million tonnes of renewable hydrogen in the EU by 2030 in order to support a fast decarbonisation of the whole European economy. Hydrogen is seen as the panacea for the energy sector, just like Carbon Capture and Storage (CCS) 10 years ago. It is clear that hydrogen stands much more of a chance of becoming a viable solution given recent developments but its success depends on how pragmatic the approach to implementing this solution will be.

Are the current plans for a hydrogen-based economy achievable?

Technically yes, assuming that the EU will have installed enough renewables capacity to cover both power sector AND hydrogen demand. Whilst this will be very challenging it is theoretically possible.

Economically not really. To compete with the low cost of fossil fuel-based hydrogen production, electrolyzers (electricity-based hydrogen producer) will need to operate way more than the time which power produced by variable renewables is available. And to keep the decarbonised nature of the hydrogen, the only solution will be to include power produced by low-carbon nuclear – the only clean power production alternative available.

FORATOM will shortly be publishing a dedicated position paper on hydrogen providing a more detailed explanation of the (and will be available from here).