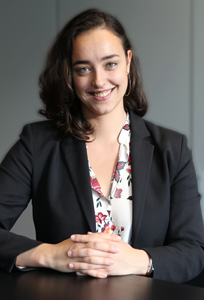 We are now past the mid-term of this legislature of the European Parliament. Here’s what we’ve learnt during the past two and a half years, and what you need to know.

In January, the Parliament went through a major reshuffle of its leadership, as is customary for the mid-term of each legislature. MEP Metsola (EPP, MT) is now President of the European Parliament, succeeding David Sassoli who passed away a week before the end of his mandate. Her election was the result of the Socialists & Democrats (S&D) honouring a gentleman’s agreement it struck with the EPP in 2019. According to that deal, the President of the Parliament would be from the S&D during the first half of the term, and from the European People’s Party (EPP) during the second half of the term. Her candidacy was also backed by Renew Europe, whose vote was decisive. It was expected that the Greens would follow suit, but they decided to stray and put forward their own candidate. This cost them one of their Vice President positions, going down from 2 to 1, which went instead to the European Conservatives and Reformists (ECR).

In addition to this, Members of the European Parliament (MEPs) were reassigned to committees. Subsequently, committees got new (and sometimes old) chairs and vice chairs. ENVI (Environment, Public Health and Food Safety) and ITRE (Industry, Research and Energy) decided to stick with their Chairs and Vice-Chairs and re-elected them to carry on until the end of this legislature. One thing changed for ENVI though, as the committee has welcomed more MEPs (bringing its total to 88), making it the largest and most powerful committee in the Parliament.

If one thing is important in politics and decision-making at EU level, it’s knowing how to negotiate and compromise. Since power in Parliament shifted from a dual EPP/S&D approach to a tripartite one, it has meant that a delicate balance of power had to be struck. While it is still the biggest group in the Parliament, the EPP is no longer the political heavyweight it used to be, the main influencing powers being now in the hands of Renew Europe.

In addition, the influence of the left-wing of the Parliament (i.e., the S&D and the Greens) has been the most noticeable on climate-related files, with their positions being a driving force behind ever increasing climate ambitions for the EU. This has left the other side of the political spectrum with a minor role: reminding the others that the transition should not be made at the expense of people and businesses.

And this aspect of the parliament can especially be seen with the ENVI committee. Indeed, given that a lot of files have climate-related aspects, several of them have been claimed by ENVI, leading to in-fighting between the committees on who should take the lead on what. This especially transpired with the Fit for 55 package, for which the decision on rapporteurs and leading committees was delayed due to internal power struggles between the committees… which meant that they didn’t want to let ENVI hog everything.

​​​​​​​Unsurprisingly, nuclear is still a deeply polarising topic within the Parliament. Here are some trends that were observed during the first half of this term:

If you want to follow topics related to the Parliament, its internal power struggles and get updates on relevant files, don’t hesitate to have a look at the summary of the Parliament’s activities we publish each month under the EP Corner section of our extranet!

With 2 years and a half to go, FORATOM will continue to actively engage with MEPs and monitor the Parliament’s activities, to ensure that the industry’s interests are effectively passed on and opposing ones kept at bay.